A Debate on Home Loans by National Records Office 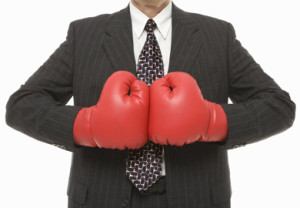 Over the last few years, National Records Office has notice that homeowner loans and secure loans have been in a state of decline. In the beginning of 2007 there were over twenty secure loan lenders offering a vast array of loan products, but by 2010 this was reduced to only a handful. Homeowner loans dropped by more than 80%, and as a result, not only lenders, but also homeowner loans brokers ceased trading one after the other.

In the past, there were plans to suit almost everyone, due to the lax underwriting criteria, accepted loan to value, self-declaration of earnings for self-employed applicants, etc. Homeowner loans were appealing for a number of different reasons, the first of which was low rates on interest applied, which in those days started at 5.9% which was as low as the rates for their close relatives, that is remortgages says National Records Office.

They were and still are very popular by dint of the fact that they can be used for almost any purpose, including home improvements, paying for a holiday or a wedding, car purchase or even for buying a holiday home.

Is There Equality Loans Plans for Every Individual? 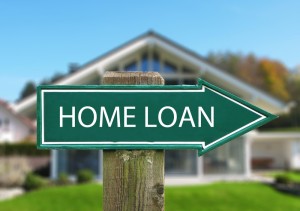 National Records Office knows remortgages can similarly be used for all these reasons. There were equity plans to suit almost everyone, with plans of up to 125% available from several secured loan lenders, such as EPF, Paragon and First Plus, which meant that a homeowner could apply for a secured loan up to 25% more than his property was worth.

It is perhaps only to be expected, that with the fall property values. First Plus and EPF ceased trading and Paragon is only ticking over, granting further advances to those who are already customers. Over the recession, equity margins were reduced to 70% for self-employed borrowers and 75% for the employed. The tight underwriting made many homeowners unable to apply for secured loans that could have been of so much use to them especially to use as debt consolidation loans.

The self-employed were worse affected than any other sector not only due to the additional restriction on equity, but also due to the abolition of self-declaration of income. Before the credit crunch, the self-employed were in fact in a good position as regards income, as they could self-declare their income on a letter head, and as such they were never likely to fail the income calculation, as they could simply hike up their earnings to obtain the required loan, and also the remortgage.

This practice was called self-certs, of income, and they were used all the time by the time self-employed seeking home loans of any kind.

Secured loans and remortgage lenders stopped accepting self-certs and now asked for an accountant’s letter to verify income or even full accounts.

Nothing much altered for homeowner loans over the period of the recession, that is until now, with Link Loans bringing in an 60% LTV plan for the self employed on a self-cert of income. The self-employed can apply as long as they have been trading for at least 6 months and they must provide 3 months bank statements.

There have been new homeowner loan plans introduced by Nemo, with a rise in the LTV for employed borrowers to 85% and a reintroduction of self-employed secured loans at an LTV of 75%.

Understating loans is not always easy but with National Records Office tips and tricks you’ll be a step closer to learning home loans and secure loans.